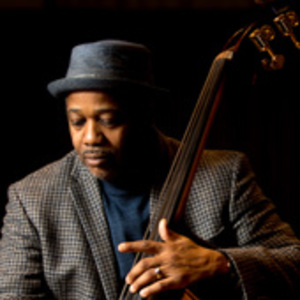 Common Ground is the first of five CDs that bass maestro Rodney Whitaker intends to release in 2019 in acknowledgment of his fiftieth birthday year. It’s his seventh album, and embodies the musical values that Whitaker has projected on antecedent dates like When We Find Ourselves Alone, from 2014; such

...
turn-of-the-century gems as Winter Moon,  Ballads and Blues: The Brooklyn Session and Yesterday, Today and Tomorrow; and the critically acclaimed Mack Avenue recordings Get Ready (2007) and Work To Do (2011) by his co-led band with drummer Carl Allen.

As on those recordings, Whitaker convenes an all-star unit of generational contemporaries, each a modern master and colleague of long standing (trumpeter Terrell Stafford, saxophonist Tim Warfield, pianist Bruce Barth, and drummer Dana Hall). He guides the flow with a mammoth sound and harmonic acumen, interpolating an occasional well-wrought solo, as his partners apply their individualistic instrumental voices and “team-player” orientation to eight tunes that Whitaker describes as “modern bebop and 21st century soul jazz,” emphasizing melodic development and the will to swing.

That unified, collective sensibility is one layer of meaning that filters into the title “Common Ground.” You can find another in the nature of the relationship between Whitaker and the composer of the songs, which have the flavor of new discoveries from the 1960s canons of Wayne Shorter, John Coltrane and Eddie Harris. His name is Gregg Hill, 73, an autodidact who started writing music seriously in 1984.

These unlikely collaborators live in East Lansing, Michigan, near the campus of Michigan State University, where Whitaker — who is University Distinguished Professor of Jazz Bass and Director of the Jazz Studies program at MSU since 2000 — moved in 2006.

Whitaker left Detroit in 1988 with the Donald Harrison-Terence Blanchard Quintet, then joined Roy Hargrove in 1991 for a four-year run. During 1995 and 1996, when he freelanced with Elvin Jones, Kenny Garrett and Diana Krall, Whitaker recorded his first two CDs, Children Of the Light and Hidden Kingdom, both comprised primarily of original music.  In 1996, Wynton Marsalis hired him to play with the Lincoln Center Jazz Orchestra, where he remained until 2000.

“Working with Wynton was the closest I ever got to going to graduate school,” Whitaker says. “I played so many different styles, and was inspired to learn the history of the music in depth. It made me realize that music is just not about notes. It’s about a story and it’s about lives.”

That storytelling ethos also informs Hill’s approach to composition.  A self-described “lifelong jazz fan and follower” from Midland, Michigan, Hill played saxophone in his high school band. He hoped to matriculate at Berklee, but couldn’t afford tuition, so matriculated at MSU;  in 1973, after consequential stays in New York and Detroit, he settled in East Lansing for good. He drove a truck, got married, had a family, and invested wisely. In 1984, he says, “my family life gave me some freedom to plunk at the piano for a couple of hours every day, and I took the opportunity to start writing.” He applied his analytical skills to absorb “every theory book I could get my hands on,” and “used my ear to take me somewhere with the music, and to get out my feelings and ideas — then it evolved, took on a life of its own.”

Around 2000, Hill tabled musical activities to involve himself in a family-based technology company. As the decade progressed, he and his wife, Lois Mummaw, founded a non-profit presenting organization called Jazz Alliance of Mid-Michigan, and took positions on the board of the East Lansing Summer Solstice Festival, which brought Whitaker into the fold as Music Director in 2008. In 2015, Hill retired, freeing him to devote all his time to musical self-expression.

Shortly before retirement, Hill assembled a composition book with ten favorites. He gave Whitaker a copy. In 2017, he published 81 of his tunes in two volumes, titled Outrospectives and Spontaneity (another 40 pieces will appear in a yet-to-be-titled third volume, scheduled for winter 2019 publication). That summer, Hill decided to present a two-concert series for which he asked seven bandleaders, including Whitaker, to perform his music.

About a year later, Whitaker approached Hill, suggesting that he record his tunes with the personnel featured herein, who’d previously performed on Hall’s excellent 2009 CD Into The Light. “We’ve all played together in different configurations for 25-30 years, and I knew it would immediately sound like a band,” Whitaker says. “I thought Gregg was writing some cutting-edge things and also things that sound out of the tradition. All of them were interesting and fun to play. Some of the tunes look easier than they really are. Some remind me of the 1960s, but some remind me of now.”

For the Common Ground project, Whitaker and Hill each chose material, which Whitaker then “rearranged from the original source material, particularly the solo forms.” He told Hill that “I wanted his heart and soul connected in it musically,” towards which end Hill presented four numbers to vocalist Rockelle Fortin, the oldest of Whitaker’s seven children, and asked her to write and sing original lyrics, based on conversations in which she interrogated Hill on the content and meaning of each tune.

“Bringing in Rockelle at a creative level and showcasing her vocal talent is a highlight of the album,” Hill says. “Singers are my main source of musical inspiration. A good sax or trumpet solo can make you feel good, but only a singer can give you the goose-pimples where you’re overwhelmed by feeling.”

On the sprightly title track, Fortin’s affirmative message of mutual respect reflects Hill’s sense that “ordinary people tend to be considerate of each other in the daily rounds of life,” in contrast to the “acrimonious tone of the political world.” It also mirrors the common ground that Whitaker and Hill have found through their interaction in the world of jazz.

“Rodney’s genius was to put his own take on all these arrangements,” Hill says. “That’s what makes them special. He’s a master arranger and the heartbeat of the band. He frees up the soloist. That’s also in line with philosophy of writing. I’m very oriented towards melodies, but I don’t try to marry them to my changes. I write material that turns the soloist loose, down their own territory. So this is a dream band for me, and even before this project came along, Rodney was my favorite bass player.”

Whitaker also draws inspiration from his most recently established partner. “It’s always been Gregg’s life dream to do this,” he says. “So many times people just table their dream. You don’t want to do that. You’ve got to keep pushing, and you’ve got to figure out the next thing in your journey. You shouldn’t be afraid to go after your dream.”

swing is the thing on All Too Soon: jazz bassists Rodney Whitaker's homage to Duke Ellington

For imminent bassist, Distinguished Professor of Jazz Bass and Director of Jazz Studies at Michigan State Rodney Whitaker, the release of his latest record All Too Soon is both an essential artistic undertaking and a lavish fiftieth birthday gift to himself.  The record is the second installment of an extensive five-CD homage to Duke Ellington that takes its title from the maestro’s romantic blue ballad from 1940 on which the iconic tenor saxophonist Ben Webster uncorked a solo that still stands as a masterpiece of boudoir tenor saxophone.

“To some people, 50 is not old,” says the Detroit native, who performs on some 200 recordings. He’s led nine of them, most recently When We Find Ourselves Alone (Mack Avenue), from 2014. “But I grew up in a community where a lot of people died very young, from diabetes, cancer, violence — and I started thinking more and more about my time on the planet. It was therapeutic for me to think about all the things I’ve done up to this point, and having surpassed a lot of the dreams I had as a young musician.”

Whitaker continues: “I think about recordings as a diary, and I wanted to document what I’ve been thinking about since I made my last recording five years ago. In jazz, you’re often asked questions about innovation, about things that are new. But to me, the music is just honest, and in order for me to go on, I needed to get all this out of my system.”

The first installment, released in June, is a Whitaker collaboration with composer Gregg Hill titled Common Ground (Origin Records). Scheduled for subsequent release are a solo bass recital titled Me, Myself and I that includes tributes to such early heroes as Paul Chambers, Milt Hinton, and Ron Carter, and a trio encounter with trumpeter Etienne Charles and guitarist Mark Whitfield comprising original compositions dedicated to his wife and seven children, titled Love Letter. Whitaker will soon assemble an ensemble to record two suites titled When Love Beckons and Light and Shadows.

As for All Too Soon, Whitaker convened an exceptional instrumental sextet and vocalist Rockelle Fortin to animate the iconic Ellington repertoire contained herein.