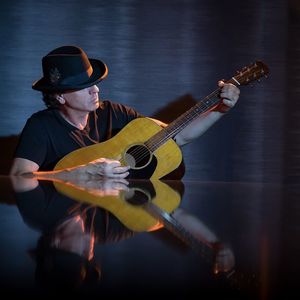 Born in Brooklyn, New York, Steven Keene began his career by playing Folk Clubs and cafes in Greenwich Village in the early 90's. He crisscrossed the streets of McDougal and Bleecker playing open mikes, hootenanny's and small clubs.

Steven released his second album, "No Alternative", on Moo Records in 1995 featuring Bob Dylan band members Tony Garnier, John Jackson and Bucky Baxter. He also played a tune on this album, "Only Homeless" with Danny Kalb, legendary musician from the 60's Village scene. "No Alternative" was distributed through BMG in Europe and a video soon followed for the single, "Far Better Friend than Lover" which appeared on MTV Europe.  Steven toured Europe backed by BMG's press and promotion.

In 2001, Steven released "Set Clock" on Moo Records which received praise in the local New York press. He was featured on Vin Scelsa's "Idiot's Delight" and toured as well to promote the album.

With the advent of war, Steven wrote a protest song entitled, "How Much Blood's In A Barrel". The song received extensive airplay in the US and was picked up and released by ZYX Music in Europe, along with two other protest songs, "Two Twins" and "Top Gun". The 3 song Maxi CD has been distributed throughout Europe.

Veteran New York folkie and singer-songwriter Steven Keene knows that knocking back a glass of bourbon to a sad song is like therapy for love and lust gone awry. Like a whiskey-Freud with songs to heal the lecherous heart, Keene prescribes a dose of original love-lost drinking songs on his upcoming EP It Is What It Is (out January 10th, 2020 on ONErpm).

The third single to drop will be “She Used Me, I Used Her” (drops Dec. 6th), a moody Americana track with dramatic cymbal crashes, crooning pedal steel, and lyrics that reflect a romance steeped in opportunism and apathy. Keene introduces the first chorus: "They said it's wrong, but we didn't care. She used me, and I used her, but no one cared."

"I was on a train headed east and sat down next to a woman named Shirley," Keene recollects. "She was very friendly and opened up pretty quick. She began to tell me about her life and her current boyfriend. You see, Shirley is 67 and she's dating a 29-year-old guy. She was open and honest about the terms of their relationship. I got to thinking that this would make for a good song.  And here it is, in reverse. Thanks, Shirley."

All of the EP’s tracks will be produced by Keene himself, and recorded and mixed by Joseph DeMaio just blocks from the Atlantic Ocean in Long Branch, New Jersey’s Shorefire Recording Studios using the last analog Helios console ever built. Having found a classic  analog sound and collaborative dynamic that works, Keene is keeping on the same roster of musicians for the full EP, including Rich Scannella on drums, Joseph Chiarolanza on bass, Matt O'Ree on guitar , Joseph Napolitano on pedal steel,  Arne Wendt and Jeff Levine on keys, and Michele Weir or Layonne Holmes doing background vocals.

On Keene’s previous single “Don’t Blame It On The Alcohol” one picks up on a hint of an early ‘70s Tom Waits (when he was at his singer-songwriter best), as well as nods Keene’s other primary influences, which range in genre and style from folk song-crafting icons like Dylan and Leonard Cohen, to the blues mavericks like Howlin’ Wolf, Muddy Waters, and Elmore James, and further afield to include the likes of composer/pianist Henry Mancini and country iconoclast Hank Williams.

A true songwriter’s songwriter, Keene, has focussed himself for most of his career on honing the craft of songwriting and collaboration with other musicians more so than the chasing record deals and fame. This is illustrated by the impressive roster of musicians he's worked with over the years.

Keene grew up in Brooklyn, New York and got his start playing the folk clubs and cafes of the Greenwich Village scene in the early '90s alongside contemporaries Beck, Susanne Vega, Shawn Colvin, and others. He started out performing his earliest material at The Speakeasy, the now-closed folk club that was a singer-songwriter, folky staple in the ’90s. For years, he would crisscross the streets of McDougal and Bleecker, playing the open mikes, hootenanny's and small clubs including the Bottom Line (back in the day, that was considered the best listening room), Lone Star Cafe, the Mercury Lounge, the Bitter End, Arlene's Grocery, and the legendary CBGB's. Back then, Keene shared stages and played regularly with then fellow emerging unknown folkie Beck at joints like Sun Mountain Cafe and the Chameleon.

By 1990, Keene had made enough of a name for himself on the folk scene, so that when he was ready to release his first album Keene On Dylan, he found former Bob Dylan band members Howie Wyeth and Rob Stoner (Desire/Rolling Thunder) accessible and eager to collaborate on this eclectic mix of originals, covers, and traditionals.

A few years later in 1995, Keene’s second album No Alternative was put out on the Moo Records label featuring other former Dylan band members Tony Garnier, John Jackson, and Bucky Baxter. He also played a tune on this album, "Only Homeless" with Danny Kalb, the legendary musician from the 60's Village scene. No Alternative saw a good deal of success and was distributed through BMG in Europe in conjunction with a European tour and video on MTV Europe for the single, "Far Better Friend than Lover,” an updated version of which will be the second single for the new EP.

In 2001 Steven released Set Clock on Moo Records which received praise in the local New York press and featured the Mancini inspired “She Poured Gasoline,” the freaky basement tapes sound of “Hang a Plaque” and title track “ Set Clock,” which lamented the purity of being naive in virtuous youth and losing that purity over time with lines like “I wish I knew now what I once knew then”. Keene was featured on Vin Scelsa's "Idiot's Delight" and toured extensively to promote the album.

Like all good tunes, Keene's songs are well-steeped in the craft of storytelling. Yet, the refreshingly peculiar aspect of Keene's distinctive lyrical style is its capacity to conjure that universally relatable imagery of love, of loss, and longing that leaves the listener nodding "yeah, I've been there" and connecting to living the story through their own lived experience.

“Sometimes the perspective is from myself, and sometimes I'm writing a song through someone else’s eyes," reflects Keene. "I'm not very big on insisting on explanations behind the songs I write, only because everybody's got their own take on them, like a painting or any art form. I think less is more when it comes to talking about my own personal experience of a song.”