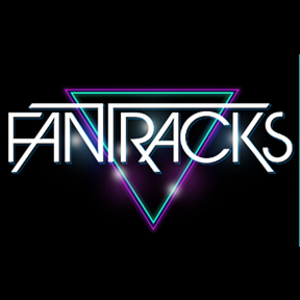 of a low-fee subscription, sharing the revenue with artists. Its proprietary technology creates a new world of virtual music and fan experiences, from a range of group chat modes, to hosted “hang out” spaces and parties, to interactive features that bring musicians and music lovers together. FanTracks will be announcing more artists in the coming weeks.

Barry Summers is an award winning Live Concert /Music Film/TV Producer, President of Rock Fuel Media and World Live Shows LLC. In the 90's, he worked personally with Dick Clark as Executive Producer of many successful live shows and has produced Concert Films/Live TV Specials/DVD's featuring some of the world's biggest Artists. Summers is the Creator/Executive Producer of Decades Rock Live, an award winning live music series broadcast for VH1.

Ty Roberts is a leader and innovator who has worked at the forefront of digital media. From his creative tools and work with artists like David Bowie and Brian Eno to new formats like Hi-Res Audio, he has always created new experiences for music fans. He has started, built and sold several successful companies which have changed the face of entertainment.

This Saturday, August 15, 2020 at 9 p.m. EST (6 p.m. PST), FanTracks will debut the world premiere of rock band 311’s Mardi Gras show in New Orleans, just a few weeks before Covid-19 shut down music performances around the world. The HD, 4K show can be viewed with a first-month free membership to FanTracks or on Direct TV (Channels 104 and 105).

Check out the trailer for the 311 Mardi Gras concert here.

311 Frontman Nick Hexum said, “We were thrilled to kick-off 2020, our 30th Anniversary Year as a band, with two great shows during Mardi Gras in New Orleans. From there we had scheduled to play all 50 U.S. states to celebrate with our fans, until our tour plans were derailed for the obvious reasons. So we’re grateful to have this memorable concert to share with our fans to thank them for thirty years of their continued support.”

FanTracks launched its one-of-a-kind, virtual concert experience to roaring success with a live performance by British rock band Bush on July 18. The show included unique features like a choose your own camera angle, multiple live channels, and virtual and augmented reality content as well.

Founder and CEO of FanTracks, Barry Summers, plans to continue the success by featuring 311’s dynamite performance at the Fillmore in New Orleans from February 20th. “I believe the 311 Mardi Gras show has already become an iconic event, given the circumstances of us filming it right before the pandemic hit. It was a fantastic show, and I can’t wait for the world to see it in 4K.”

The event will be hosted by longtime DJ and TV host Matt Pinfield, who will also follow up the concert with a virtual interview with band members Nick Hexum and P-Nut. Fans will also get exclusive deals on FanTracks and 311 merchandise during the show.

With high quality sonic sound, HD/4K video technology, and virtual and augmented reality features, FanTracks has quickly filled the online performance gap that the Covid-19 pandemic exposed. Online membership to FanTracks offers users one month free, and only $1.99 per month after that, giving access to a vast catalog of a variety of classic to modern rock shows — everything from Foreigner to Sheryl Crow — and the promise of a virtual barrage of exciting new shows over the next six months.

Start your membership today at Fantracks.com.

FanTracks was founded by Barry Summers, award-winning live concert tv/film producer, and Ty Roberts, former CTO of Universal Music and co-founder of Gracenote. A departure from models that digitally mimic traditional ticketing approaches, the platform offers music lovers access to high-quality, carefully curated, and professionally produced live shows as part of a low-fee subscription, sharing the revenue with artists. Its proprietary technology creates a new world of virtual music and fan experiences, from a range of group chat modes, to hosted “hang out” spaces and parties, to interactive features that bring musicians and music lovers together. FanTracks will be announcing more artists in the coming weeks and months.

311 was formed in 1990 in Omaha, Nebraska. The group still features its original lineup 30 years later including drummer Chad Sexton, singer / guitarist Nick Hexum, singer SA Martinez, guitarist Tim Mahoney, and bassist P-Nut. Over their history, 311 have released thirteen studio albums, two greatest hits albums, two live albums, three DVD's and a boxed-set and have sold over 9 million copies in the U.S. Ten albums reached the Top 10 on Billboard's Top 200 Sales Chart - and nine of their singles have reached the Top 10 on Billboard's Alternative Radio Chart (including three #1 singles Down, Love Song & Don't Tread On Me - along with Amber, All Mixed Up, Come Original, Creatures For Awhile, Hey You and Sunset in July).