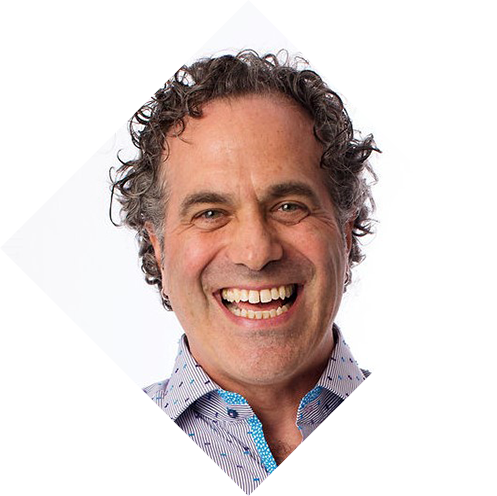 Born in Nashville, Dmitri moved to NYC as a teen where he busked in the subways while studying music at “the Fame High School” for Music and the Arts. After earning his business degree, he leaned into his entrepreneurial bent and launched rock paper scissors in 1999. His vision was to combine cutting edge technology and deep organic storytelling to help clients crystallize their missions in compelling ways and amplify them in innovative ways. He continues to lead the company from music to tech and into other fields that are changing the world every day. When others told him that the company he envisioned would not succeed in college town Bloomington, Indiana, he took that as a challenge and has built a collaborative team that leans into the Midwestern ethic of hard work, warmth, and caring. Dmitri can also be found speaking on stage at conferences ranging from SXSW to Music Biz on new approaches to publicity, innovation, and resourcefulness. 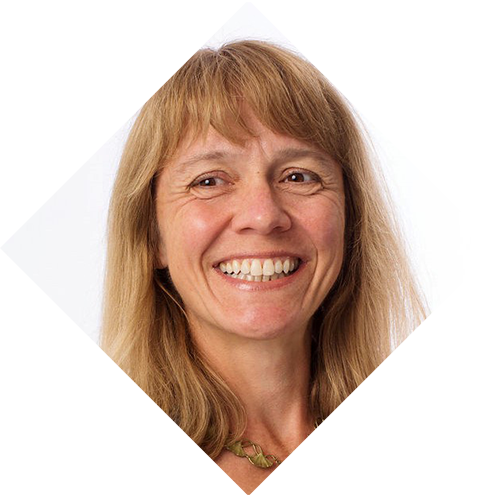 With an MBA, twenty-five years of management experience, and founding several businesses and cultural and music festivals, Sheryl is a creative problem solver with a talent for business strategy. She brings thoughtful direction and structure to our staff of seventeen and the hundreds of artists and music tech companies we partner with annually. Sheryl has worked in socially-responsible entrepreneurship, publicity, environmental conservation, fundraising, and as a business coach for artists and business owners. When not at rock paper scissors, Sheryl loves travelling and doing anything outdoors. 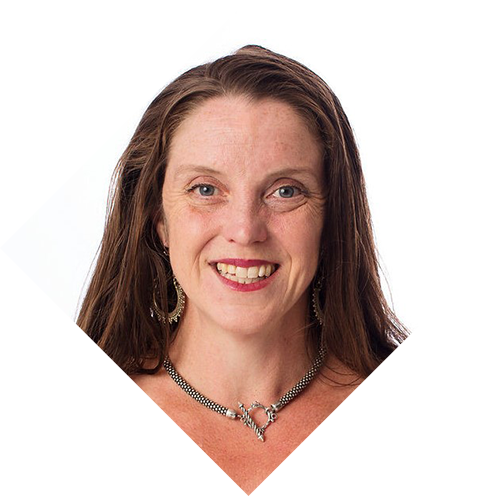 With thirteen years of editing and research experience plus a PhD to her name, Tristra specializes in crystallizing the most compelling aspects of your business and personal story and tying them to larger issues and industry trends. As our lead writer and strategist, Tristra is a key member of your publicity team, and someone you’ll get to know well as she interviews you monthly for your latest press release. She has been a creative force at rock paper scissors for twelve years, where she’s known for synthesizing copious amounts of knowledge at the speed of light. Her love of music stems from her days as a record store employee, continuing through her career as a professional singer and student of Carnatic and Eastern European traditional music, and into her life as a publicist. She writes novels and researches Siberian history in her spare time. 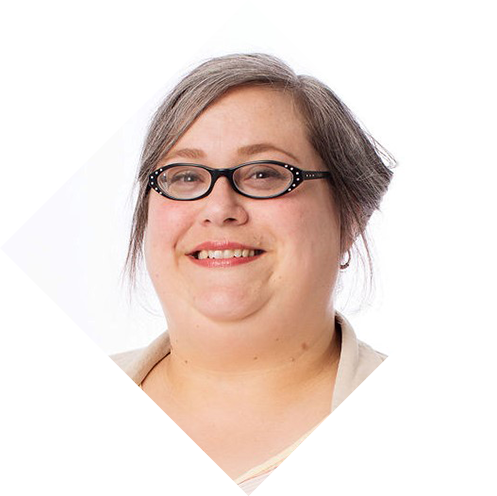 Eleanor loves that marketing lets her use every part of the diverse skill set in problem solving, research, and writing that she acquired in her previous work. A dozen years in the academic world, as a PhD in Classics, a Fellow at the American Academy in Rome, and a teacher of languages and literature, honed Eleanor’s communication skills. As a freelance writer for arts & heritage organizations and then as rps’s staff music writer, she relished developing client’s unique voices to communicate the excitement of their creative work. To each project, she brings boundless curiosity and contagious enthusiasm for learning new things. Off the clock, Eleanor sews her own historical costumes and reads 19th century novels. 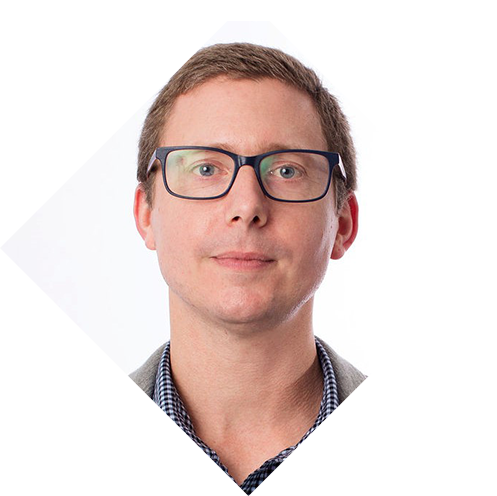 As Tech Campaign Manager Jeff has been an integral part of the continued growth of RPS in the music industry and tech spaces.  His decades of real-world industry experience as a composer, band leader, and instrumentalist gave him first-hand knowledge of industry topics such as licensing, recording contracts, lyrics, distribution, streaming, and sampling. That has translated into successfully managing a team of publicists and the most diverse client roster in RPS’s 20-year history to over 2000 earned media placements to date. 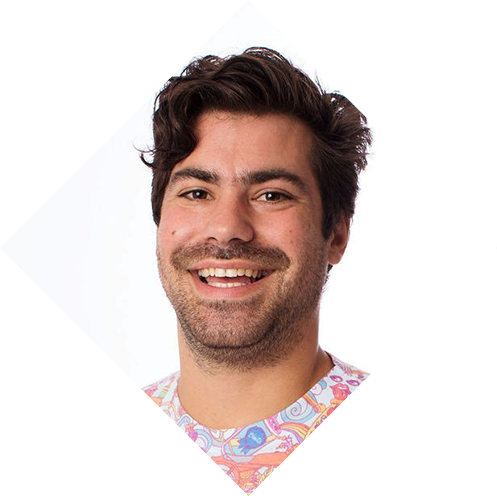 Jade brings six years of business development experience to rock paper scissors. He draws on expertise gained working in the start-up world and maintains a focused curiosity for all-things-tech. Jade acts on new business opportunities and seeks to support our clients by connecting them with our team of innovative writers, creatives, and business minds. Outside of work, his interests range from beat-making, gaming, and motorcycles, to social activism. Jade enjoys all the cultural opportunities Bloomington offers and lives with his partner, Allie, in the nearby neighborhood of McDoel Gardens. 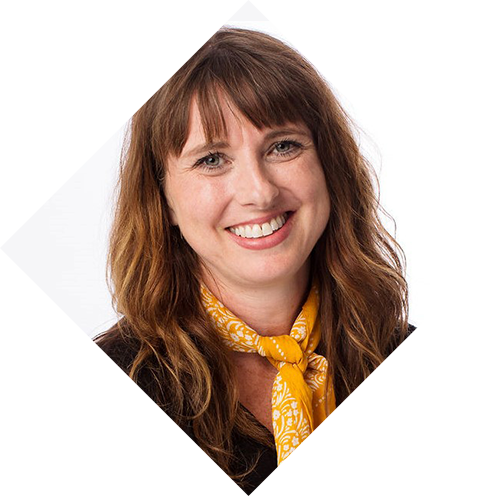 Having spent the last 12 years running an eco-friendly retail business, Abby brings extensive marketing, business development, and social media experience (over 47K Facebook fans) to managing our music sales and music publicity team. Strategic planning, following trends, and doing research are a few of her favorite things, which is a boon for rock paper scissors’ artist clients. She is always seeking out new bands, finding creative solutions to problems, and is constantly making things happen. In 2015 she was awarded ‘Top 10 Under 40’ in Bloomington, IN for her work in business, non-profit volunteering, and fundraising. Outside of work, Abby loves to see live music and spend time with her husband and two kids, often around a table because her kids are total foodies. 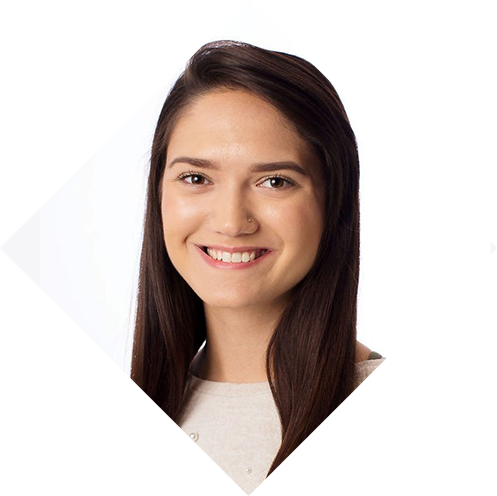 Through her BA in Public Relations from Indiana University and an internship at rps, Ali brings persuasion and perseverance to the tech publicity team. Born and raised a Hoosier within a lifelong background in studying and performing music, she enjoys executing creative PR strategies to the music technology industry. Working with influencers on various social platforms to grow a North American brand for DJ controllers, discussing artificial intelligence innovation in the art market, or integrating client’s voices into larger pressing issues within their industry, Ali has shown experience in the technologically advancing fields. When Ali is not working you can find her hiking, camping, working out, and spending time with her boyfriend and their two dogs, Winnie and Hoosier! 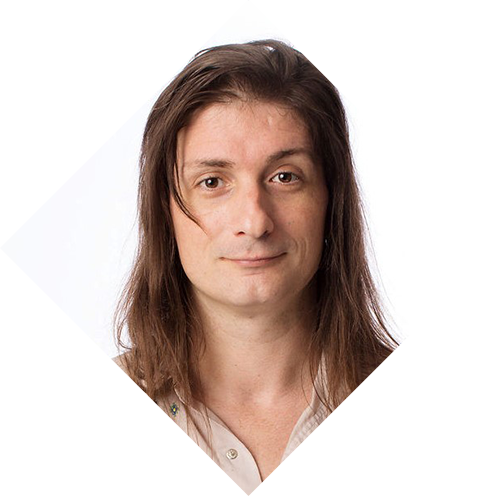 As a cultural anthropologist who has traveled and researched music as a mode of political resistance among various marginalized cultures around the world, Benji brings a uniquely ethnographic perspective in telling artists' stories. Before taking on the role of writer/strategist, Benji worked for several years as a music publicist with rps and as a distributor in the independent music industry, while also pursuing a doctoral degree in the anthropology of Tibet. When not immersed in socio-cultural theory or promoting artists, Benji spends his time making music, doing freelance writing on music, travel, and entheogens, and exploring the world with a beagle named Lulu. 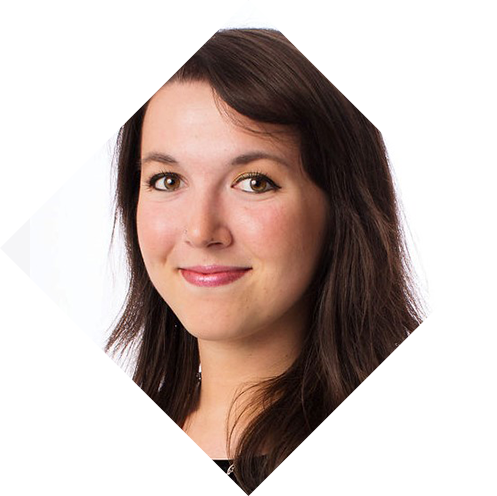 Originally trained in the hard-knocks school of publicity (an internship with rock paper scissors), Christine became keen on research, campaign strategy, and creative innovation. After graduating with a B.A. in Telecommunications from Indiana University, she proceeded to work in multimedia marketing and production at-home and abroad, giving her unique connections with content creators. Then, Christine reunited with rock paper scissors as a tech publicist, staying afloat on industry trends and collaborating on eclectic solutions for clients. Now, as a music publicist, she combines engaging storytelling with her love of music discovery. Around town, she enjoys the live music and comedy scenes, and goes by “DJ Bracky Brack” as a community radio volunteer. 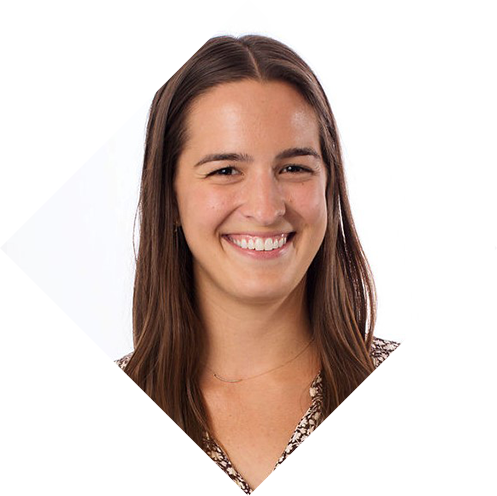 After graduating with a degree in Telecommunications, Julia worked in the cycling industry in Los Angeles before returning to Bloomington. Her background working in sales and marketing, both home and abroad in Ireland, helped sharpen her communication and creative thinking skills to find solutions for clients. When not at work, you can find Julia training for triathlons, mountain biking, or helping coach her former Little 500 team, Teter Cycling. 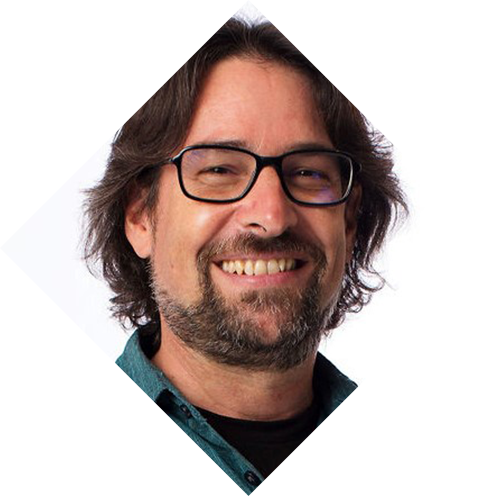 With twenty-five years as a nationally touring classical, jazz and rock bass player and with numerous recording credits to his name from singer-songwriters to orchestras, Ron’s music career has been an invaluable contribution to the rock paper scissors mission. Organized and decisive, he provides a sense of calm to his clients and utilizes his background to connect with journalists in new and dynamic ways. His insider perspective and determination make Ron an invaluable publicist to rock paper scissors gamut of talented writers. When not working, he is kayaking, performing shows and walking his dog 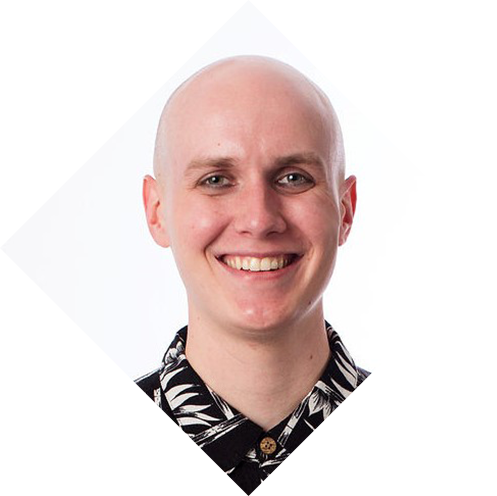 Tyler has been a tech publicist at rock paper scissors since Fall 2017 and is now a senior publicist. He has led several successful campaigns for clients ranging from music tech companies to augmented reality apps and digital ad agencies. He was a key player in building public profiles for some of these brands from the ground up through creative activations, thought leadership pieces, business development opportunities, and globally significant announcements. Tyler has had great success with journalists using his industry knowledge and relationship-building skills, which have given him the opportunity to work with reputable publications in various industries.

In his free time, Tyler is an artist/musician and record label co-founder who loves weird pop music, Diet Coke, and Steven Universe. 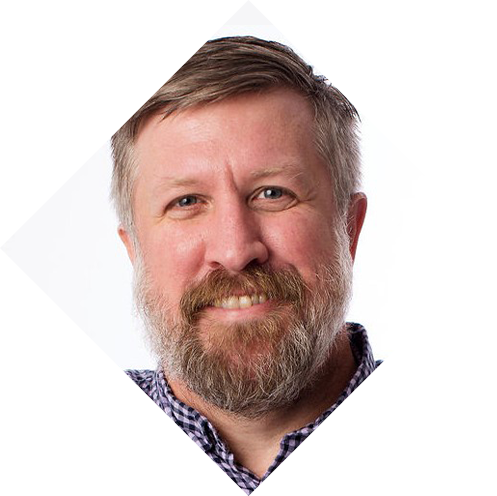 A Bay Area native, James has worked in, and studied, the music, film, and tech industries for all of his adult life. From directing his college radio station, working at several fine record stores, being a touring musician, independent music promoter, and film programmer, James’s experiences have shaped his interests in understanding popular culture and the people who consume it. His experience in academia (Master’s in Popular Culture, Bowling Green State University and PhD in Film and Media Studies, Indiana University) has solidified his ability to question the intersections of music, tech, and everyday life. He loves helping clients figure out how to be authentic in an increasingly inauthentic world, which relies on his training as a media historian who can rely on old media histories to help shape the new media realities and stories his clients tell. James enjoys his small family and their big hearts in his off time and is currently writing a song at this very moment. 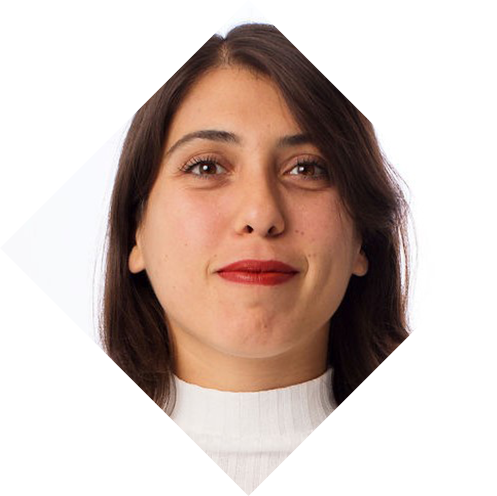 Zeynep joined rock paper scissors as a tech publicist after earning a PhD in Communication and Culture at Indiana University, where she focused on film culture and contemporary politics in her native Turkey. With years of experience in research, writing, and media analysis, as well as a professional background in editing and publishing, Zeynep enjoys the opportunity to distill the most compelling aspects of her clients and communicate them to journalists in creative and informed ways. Outside of her work at rps, she enjoys thinking and writing about cinema, seeing shows and movies around town, and playing board games with friends. 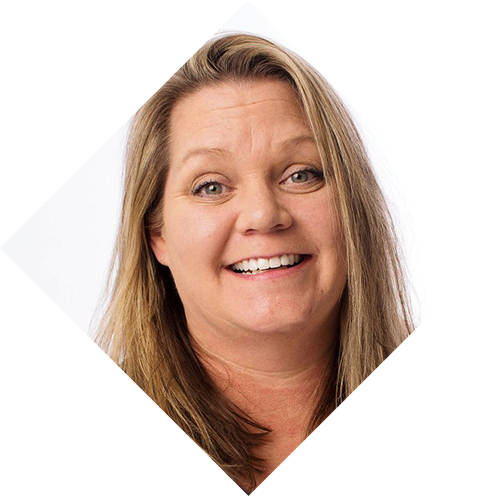 Born and raised in California, but now a Hoosier at heart, Tina started out in her father's construction business doing the books and finances. With 20 years of office experience, Tina is the go-to employee for all rps needs. When she does have a spare minute -- in between owning multiple rental properties, attending her children's school activities and spending time with her husband -- you can find her in her backyard relaxing with a glass of wine (or a beer!).